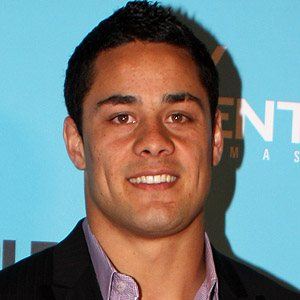 Rugby league player who made the transition to the NFL in 2015, becoming a running back and special teams player with the San Francisco 49ers. After one season player American football, he returned to Australia to resume his rugby career.

He made his NRL debut in 2006 for the Parramatta Eels and was that year's Rookie of the Year. He won the Dally M Medal in 2009, an award given to the league's most valuable player.

His parents are Manoa Thompson and Jodie Hayne and he has three siblings.

He was teammates with Brett Morris on Australia's 2013 Rugby League World Cup-winning team.

Jarryd Hayne Is A Member Of