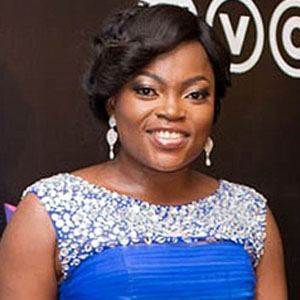 After playing the starring role of Omolayo in the Nigerian-produced Aje Metta films, this African actress earned an Africa Movie Academy Award. She also became known for her leading role in the Nigerian television series I Need to Know.

After graduating from Nigeria's Moshood Abiola Polytechnic University, she studied law at the University of Lagos.

She played the title role in the 2011 Nigerian film Maami.

Born Akindele Olufunke Ayotunde, she grew up in the city of Ikorodu in Nigeria's Lagos State. She was married to Kehinde Oloyede from 2012 until 2013.

She and contemporary Nigerian actress Genevieve Nnaji have both won the Africa Movie Academy Award.

Funke Akindele Is A Member Of