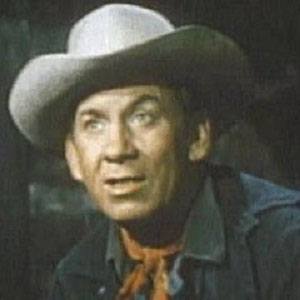 Remembered for his comedic cowboy sidekick roles in numerous Western films of the 1930s, '40s, and early '50s, he is also recognized for his work in the 1950s NBC series Captain Gallant of the Foreign Legion.

He began his entertainment career as a big band and vaudeville performer and went on to act in Broadway productions of Ned Wayburn's Gambols and Here's Howe.

The son of James and Olive Knight, John Forrest "Fuzzy" Knight spent his youth in Fairmont, West Virginia, and later settled in Southern California, where he married actress Patricia Ryan.

He and Jackie Coogan were both in the cast of the 1935 film Home on the Range.

Fuzzy Knight Is A Member Of