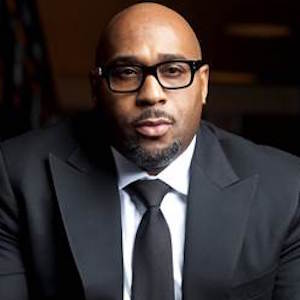 James Beard nominated chef and cookbook author who served as the host of the TV One show Turn Up the Heat with G. Garvin, as well as the host of G. Garvin: The Road Tour. He later was selected to host The Cooking Channel's Road Trip.

He released a cookbook called Turn Up the Heat with G. Garvin in October of 2006 which earned an American Literacy Award as well as a NAACP Image Award nomination. His follow up cookbooks were Make it Super Simple with G. Garvin and Dining In.

His name is Gerry Garvin. He has a son named Maxwell and a daughter as well.

He and Keyshawn Johnson partnered up to open Reign Restaurant, before he opened his most well known restaurant G Garvin's.

G. Garvin Is A Member Of