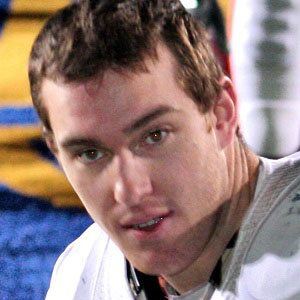 Two-time Pro Bowl wide receiver best known for his years with the Arizona Cardinals and San Francisco 49ers. He has the rare distinction of having won the PFWA Comeback Player of the Year Award twice, doing so in 1995 and 2001.

He was a star at the University of Georgia, where he won ESPY Awards for Outstanding Collegiate Athlete and SEC Player of the Year.

In 2001, he became the first NFL player ever to return to football after being diagnosed with the bone disease avascular necrosis.

He took hand-offs from Hall of Fame quarterback Steve Young in San Francisco.

Gabe Miller Is A Member Of