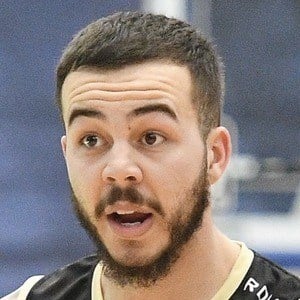 Sharpshooting guard who became a fan favorite during his time at the University of Arizona for his enthusiasm and clutch plays. He averaged 15 points per game in his senior year.

He played at Orange Lutheran High School in Orange California and was a Top 50 recruit by the time he finished his senior season.

During his senior year, he was forced to miss time after undergoing an emergency appendectomy during the season. Only a few weeks later, he and his mother were involved in a crash in which their vehicle slammed into a freeway sidewall, although they both walked away without major injuries.

He and his brother, former college basketball player Eli York, were raised by their mother Deborah.

He and future NBA draft pick Nick Johnson were teammates at Arizona.

Gabe York Is A Member Of