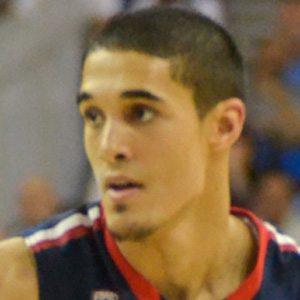 Combo guard who was drafted by the Houston Rockets in the 2014 NBA draft. He was acquired by the Austin Spurs  in 2015-2016 before joining Bayern Munich in 2016.

He played college ball for the University of Arizona, where he was named a consensus first-team All-American and an All-Pac-12 first team member.

He is the nephew of Naismith Memorial Basketball Hall of Famer Dennis Johnson. His father, Joey, is also a former basketball player.

He helped lead an impressive Wildcat team alongside Aaron Gordon.

Nick Johnson Is A Member Of