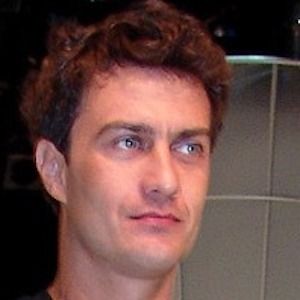 Actor most famous for his performances on Brazilian telenovelas, including Essas Mulheres, Caminhos do Coração and Poder Paralelo. He has appeared in such films as O Homem do Futuro (2011) and Alemão (2014).

He studied theater at the University of Campinas. He made his television debut on Razão de Viver in 1996.

He is the son of actress Regina Braga and theater director Celso Nunes. He married Isabel Nascimento, with whom he has a daughter named Maria.

He co-starred with Isabelle Drummond on Novo Mundo beginning in 2017.

Gabriel Braga Nunes Is A Member Of