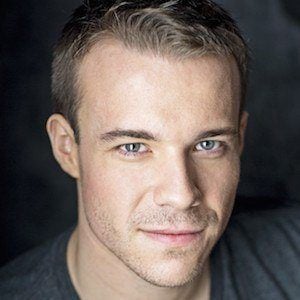 Named Gabriel C Brown, he is a singer, songwriter, musician, US Navy veteran, and actor, who gained prominence through his Black Gryph0n YouTube channel among other sources. He is known for his original fan music composed for My Little Pony.

He joined the US Navy at the age of 18 and was training for special operations when he broke his femur while skydiving. He switched to the entertainment department and toured the world as a singer and musician for the Navy.

He is the voice behind the Pac-Man and Ghostly Adventures theme songs and has released many fan songs for My Little Pony as the music duo IMmortal with fellow YouTube personality Baasik. He also voiced Becky the Loon in 2016's Finding Dory. He has over 4.5 million subscribers on YouTube.

He moved to Vancouver, Canada, after his discharge from the Navy. His music collaborator Baasik is his brother Nathanael.

After creating a sketch and fan song out of Michael Jackson's beat it with voice-over actress and star of My Little Pony Michelle Creber, they have continued working together on popular songs and sketches, propelling him into further stardom.

Black Gryph0n Is A Member Of