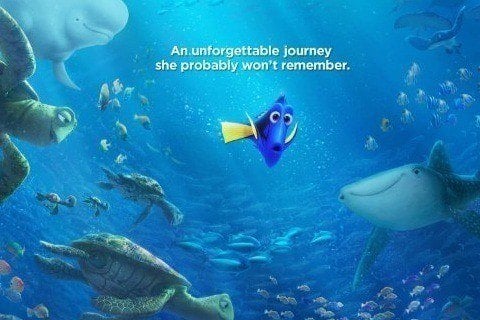 The sequel to Finding Nemo follows the forgetful Dory as she searches for her long-lost parents and learns the true meaning of family.

Grossing at over $1 billion worldwide, the movie became the third highest-grossing movie of 2016. The movie won the 2017 People's Choice Award for Favorite Movie and Favorite Animated Movie.