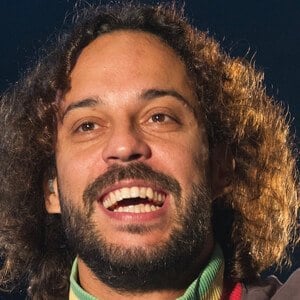 Rapper whose first four albums, Gabriel o Pensador, Ainda É só o Começo, Quebra-Cabeça, and Nádegas a Declarar, went number one on the Brazilian charts. He has more than 1.3 million followers on his gabrielopensadoroficial Instagram account.

He received a contract with Sony Music when he released his demo album in 1992, which included the track "Tô Feliz (Matei o Presidente)."

He toured in 1994 and one of his most popular songs was "Lavagem Cerebral."

He and Tupac Shakur are both rappers known for their politically critical content.

Gabriel o Pensador Is A Member Of