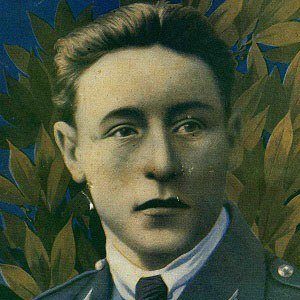 Moroccan-born pilot who earned 23 confirmed victories as an ace during World War I. He received prestigious citations like Médaille Militaire and Chevalier de la Legion d'Honneur for his service.

He joined the 28e Regiment d'Infanterie in 1913 and was first called up for military service in 1915.

He was killed when his SPAD VII aircraft began spiraling out of control during takeoff.

He and Dieudonne Costes were both served as fighter pilots for France during World War I.

Gabriel Guerin Is A Member Of