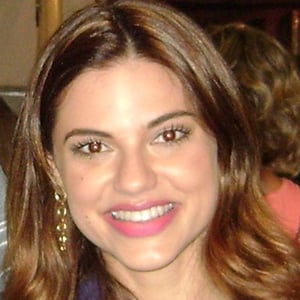 Brazilian actress who's known for playing Eliseba in the TV series Os Dez Mandamentos and starring as Ester in the miniseries A História de Ester.

She made her acting debut as Daniela in the 2006 telenovela Vidas Opostas.

She was nominated for Contigo's Best Actress in a Series/Miniseries for her performance in A História de Ester in 2011.

She had her son Bernando with her husband Eduardo Dias in December 2017.

Gabriela Durlo Is A Member Of