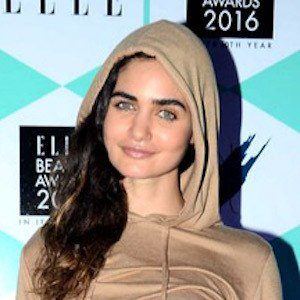 Model and actress who rose to fame after winning the Miss Indian Premiere League Bollywood contest in 2009. She has since served as the face of ad campaigns for Micromax and acted in such films as Sonali Cable (2014) and Oopiri (2016).

She was discovered at a cricket match between Deccan Chargers and Rajasthan Royals.

She has posed for FHM multiple times and was the magazine's cover girl for January 2012.

Her mother was an artist and her grandmother owned a fabric store. She dated Exhale Sports CEO Shiv Burman. She and actor Arjun Rampal welcomed a son named Arik on July 18, 2019.

She starred in the music video for Aditya Narayan's "Tu Hi Pyar Hai."

Gabriella Demetriades Is A Member Of