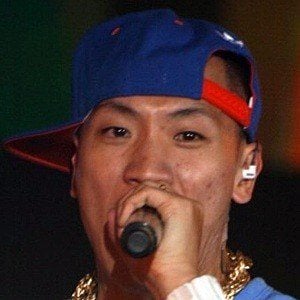 Rapper and one half of the Korean hip hop group Dynamic Duo with Choiza. They rose to fame following the release of their debut album Taxi Driver, which became the best-selling hip hop album in South Korea. He enjoyed success as a solo artist with his hit "Rhythm is Life."

He and Choiza originally formed the group CB Mass in 1999 but they disbanded in 2003 after discovering their third member was stealing money.

He was born Kim Yoon-sung but goes by the stage name Gaeko.

He and partner Choiza were childhood friends who grew up together.

Gaeko Is A Member Of