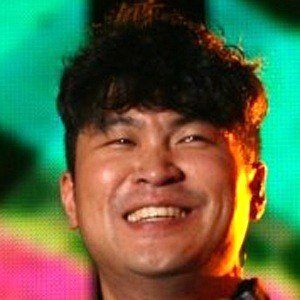 Korean rapper most notably known as a part of the hip-hop group Dynamic Duo alongside Gaeko. The duo has won several awards including Best Rap Performance at the Mnet Asian Music Awards in 2013 for their single "BAAAM." In 2006 he co-founded the music label Amoeba Culture.

Dynamic Duo's for album, Taxi Driver, was released in 2004.

In 2011 and 2012 they released a two part album called Digilog, both of which landed on the Gaon Album Chart with the second album in the number one position.

His label, Amoeba Culture, has signed many musicians including R&B artist Crush.

Choiza Is A Member Of