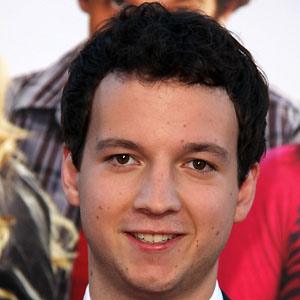 Actor most famous for playing the lead role of Wyatt Black on the Cartoon Network series "Level Up". He has also been the frontman for the rock band Sweet 16.

He studied at the Tisch School of the Arts and landed his first film role in the Oscar-nominated film "Chocolat" in 2000.

He founded the restaurant chain California Burrito in 2012.

He has brothers named Shawn and Brendan.

He co-starred with actor Johnny Depp in the critically-acclaimed film "Chocolat".

Gaelan Connell Is A Member Of