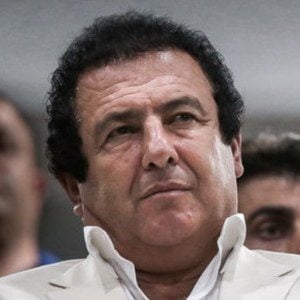 Armenian politician who is best recognized for being the founder and former leader of the Prosperous Armenia political party. He is also known for having served as the President of Armenia's National Olympic Committee.

He graduated from the Armenian State Institute of Physical Culture in 1989. He started his career as an entrepreneur in 1997 by founding the Multi Group Concern group. He then started his career in politics in 2003 when he started serving as an RA National Assembly Deputy.

He met his wife Javahir Tsarukyan while attending Arinj school.

He was honored by Serzh Sargsyan when he gave him the Services Provided to the Motherland medal for his work in the development of RA sports and physical education.

Gagik Tsarukyan Is A Member Of