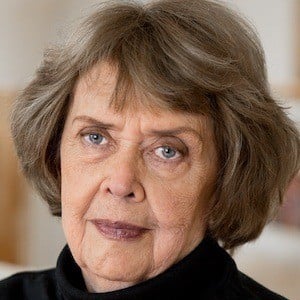 An American novelist and short story writer, she is best known for her New York Times bestselling work, The Odd Woman (1974). Her other works include Glass People (1972) and Evensong (1999).

She studied at the famed Iowa Writers' Workshop. She published her first literary work, The Perfectionists, in 1970.

She was a three-time National Book Award finalist.

She was born in Alabama and raised in North Carolina by her mother, Kathleen Krahenbuhl Godwin Cole, and her grandmother, Edna Rogers Krahenbuhl.

She studied alongside Kurt Vonnegut, Jr. at the Iowa Writers' Workshop.

Gail Godwin Is A Member Of