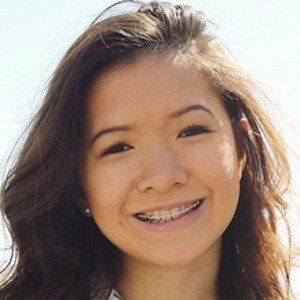 YouTuber who runs the channel Kayla & Gail along with her twin sister, Kayla. Their channel has grown in popularity through their challenge videos, which show their attempts at popular challenges like the 7 Second, Whisper and Chubby Bunny challenges.

She was inspired by an Apple commercial to join YouTube.

Her video "Twin Telepathy Test" has been viewed more than half a million times.

She has a younger brother named Ryan.

She and Karina Garcia are both YouTubers with a twin sister.

Gail Lardizabal Is A Member Of