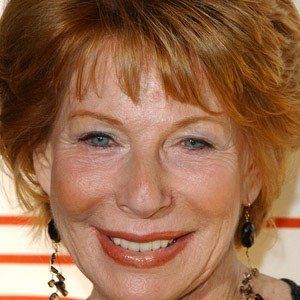 Popular American author and journalist whose most notable works include biographies of Margaret Thatcher, Anwar Sadat, and Mikhail Gorbachev. She was also known for her bestselling work, Passages.

She attended the University of Vermont in the 1950s and went on to receive a master's degree in journalism from Columbia University. Early in her career, she published "The Secret of Grey Gardens," a journalistic expose of the lives of Jacqueline Kennedy Onassis's family members.

Her bestseller Passages deals with the internal and external journeys and losses of adulthood.

She grew up in Mamaroneck, New York as the daughter of Lillian and Harold Henion. She married famous editor Clay Felker in 1984; together, the couple adopted a Cambodian child.

She published a controversial article in Vanity Fair that was based on an interview in which Hillary Rodham Clinton mentioned an alleged affair between President George H.W. Bush and another woman.

Gail Sheehy Is A Member Of