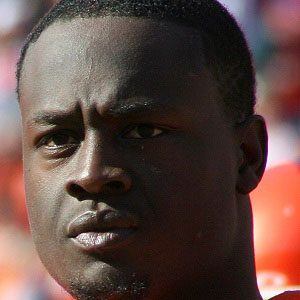 He was an unanimous first-team All-American at Clemson University.

He was traded from the Buccaneers to the Bears during the 2009 season.

He was born in Greenwood, South Carolina. He had a son named after him, Gaines DeMario Adams.

He played for a Buccaneers defense that featured Ronde Barber at cornerback.

Gaines Adams Is A Member Of