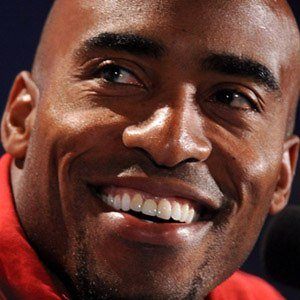 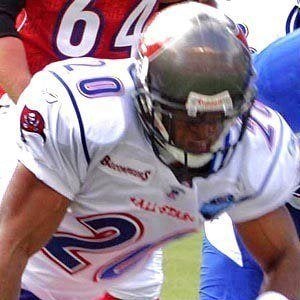 5 time Pro Bowl NFL cornerback with Tampa Bay who set the NFL record for most sacks by a cornerback. He helped lead the Buccaneers to a Super Bowl Championship in 2003.

He attended the University of Virginia with his twin brother, Tiki Barber.

He intercepted a Donovan Mcnabb pass in the NFC championship game in Philadelphia and he returned it for a touchdown, sending his Buccaneers to Super Bowl X.

He married Claudia Barber in 2001, and the couple had two daughters named Yammile Rose and Justyce Rosina.

His Buccaneers beat Jerry Rice and the Oakland Raiders in the Super Bowl.

Ronde Barber Is A Member Of