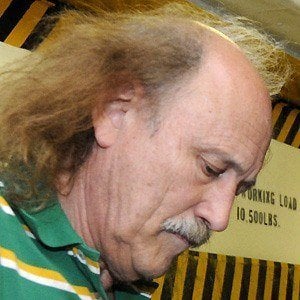 American comedian who became famous in the 1980s for his unique brand of prop comedy. He is best know for smashing watermelons as part of his act.

He got a chemical engineering degree from the University of South Florida in 1970. After he moved to Los Angeles, he began developing his comedy act while frequenting The Comedy Store, a well known club on the Sunset Strip.

He ran for Governor of California in 2003 and finished 16th out of 135 candidates.

He has been divorced twice and had one child in both of his marriages. His brother Ron Gallagher also smashed watermelons with mallets professionally until he sued him.

Johnny Carson didn't like his brand of comedy so he was only able to go on The Tonight Show when guest hosts were filling in for Johnny.

Gallagher Is A Member Of