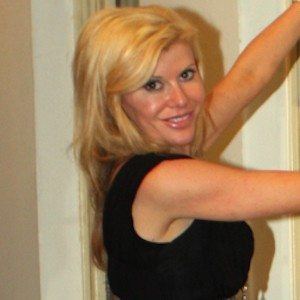 Series regular cast member of The Real Housewives of Melbourne beginning in season 2. She also runs the travel and lifestyle website The Lush Guide.

She is a former model.

She worked as an art consultant at the Sydney-based Billich Gallery and has designed handbags under the label iGambol.

She married Dr. Rick Wolfe with whom she raised a step-son named Luke. She has a sister named Tempest.

She is a cast mate of Janet Roach on The Real Housewives of Melbourne.

Gamble Breaux Is A Member Of