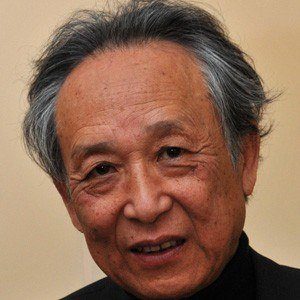 Known as a Chinese pioneer of absurdist drama, he was also a novelist, screenwriter, director, and artist. His literary works include the novel Soul Mountain and the play The Other Side.

He began attending the Beijing Foreign Studies University in 1957.

He was awarded the Nobel Prize in Literature in 2000.

His father was a clerk in the Bank of China, and his mother was an actress.

He translated the works of Samuel Beckett into Chinese.

Gao Xingjian Is A Member Of