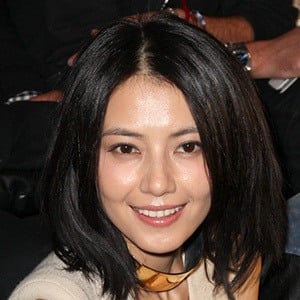 Chinese actress and model who is known for her roles in the films But Always, In Love We Trust, and City of Life and Death. She is also known for having been appointed as California's tourism ambassador to China in 2013.

She studied at the Chinese Institute of Industrial relations and later entered the entertainment industry in 1996. Her career started with television commercials and in print advertisements. She made her debut in the 1997 feature film Spicy Love Soup.

She is known for having been the torch-bearer in the Nanjing leg relay for the 2008 Olympics in Beijing.

She married fellow actor Mark Chao in 2014 after they met working on the film Caught in the Web.

She starred alongside Tony Leung Chiu-wai and Louis Koo in the Hong Kong crime thriller Sons of the Neon Night.

Gao Yuanyuan Is A Member Of