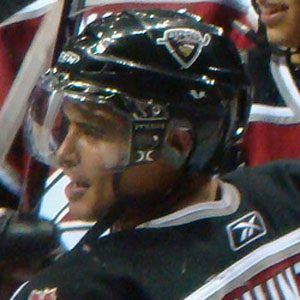 Left winger who made his professional debut in 2008 in the East Coast Hockey League for the Stockton Thunder.

He played for the Chilliwack Chiefs in the British Columbia Hockey League.

In 2010, he joined the Worcester Sharks in the AHL.

He was born in Maple Ridge, British Columbia.

Garet Hunt Is A Member Of