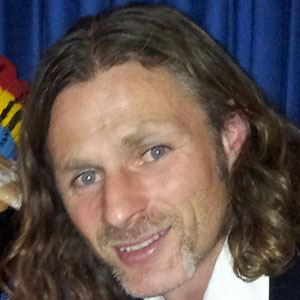 English midfielder most widely associated with teams like the Wycombe Wanderers and Queens Park Rangers. He was a member of the Wycombe squad which was named as the PFA Football League Two Team of the Year for the 2010-11 season.

He as born in Blackburn and made his youth debut with the Blackburn Rovers in 1989.

He has always had an itch to become a rock star, playing in bands like APA and Dog Chewed the Handle.

His parents are Bill and Christine Ainsworth.

He was teammates with Danny Shittu on the Queen Park Rangers.

Gareth Ainsworth Is A Member Of