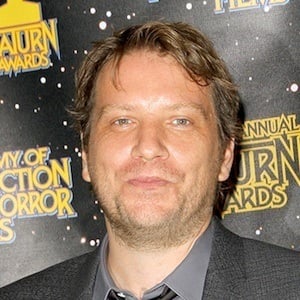 Film director who is best known for the 2016 epic space opera Rogue One: A Star Wars Story. He also directed the 2014 film Godzilla.

He attended the University for the Creative Arts and got his start in the film industry as a visual effects artist.

He is the son of Yvonne Edwards and Allan Edwards.

He directed Rogue One: A Star Wars Story which starred Felicity Jones.

Gareth Edwards Is A Member Of