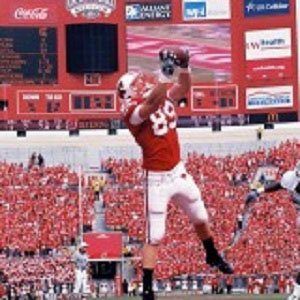 Tight end who made his NFL debut in 2010 for the Houston Texans.

He attended the University of Wisconsin, where he amassed over 2,000 yards in his four years.

He was born and raised in Brick Township, New Jersey.

In Houston he immediately formed a strong receiving corps with Andre Johnson.

Garrett Graham Is A Member Of