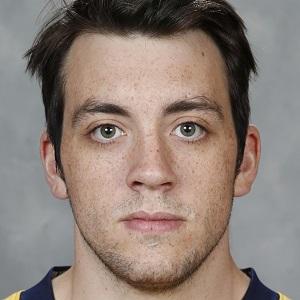 After serving as co-captain of the Boston University men's ice hockey team, Noonan was a fourth-round selection in the 2011 National Hockey League Entry Draft. He began his NHL career as a defenseman for the Nashville Predators.

He co-captained his Catholic Memorial High School hockey team and was one of two MVPs of the 2009 Catholic Conference.

He played his junior ice hockey career with the Vernon Vipers.

He grew up in Norfolk, Massachusetts as the son of Joe and Mary Noonan.

He and Austin Watson both played for the Nashville Predators during the second decade of the 21st Century.

Garrett Noonan Is A Member Of