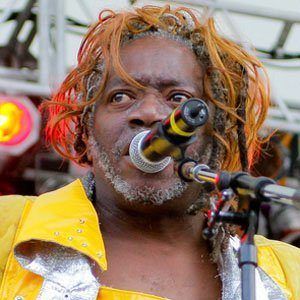 Guitarist and musical director of the P-Funk All-Stars. He was inducted into the Rock and Roll Hall of Fame in 1997.

He started singing gospel songs when he was 10 years old and would perform at a local barbershop for customers.

He was nominated for a Grammy Award twice and won the 1998 Dove Gospel award for Song of the Year.

He married in Canada and had a son.

He was a member of Parliament-Funkadelic, which was led by George Clinton.

Garry Shider Is A Member Of