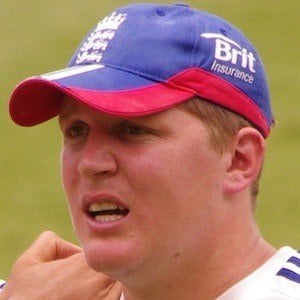 Left-handed batsman and right-handed leg-break bowler who played for the Mid West Rhinos from 2010 to 2012 after previously playing for Derbyshire and Yorkshire.

In 2006, he made five appearances for Zimbabwe in the Under-19 World Cup.

He debuted for England's national team in 2013.

Graeme Hick was also a Zimbabwe-born cricketer who played internationally for England.

Gary Ballance Is A Member Of