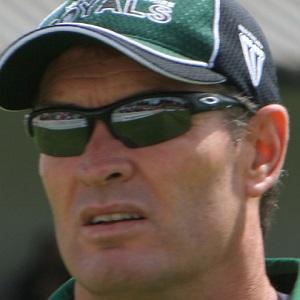 Set a record for most professional cricket matches of any type played, scored over 40,000 first-class runs, and played for Worcestershire from 1984 to 2008.

He was originally a hockey player who played for the national school's hockey team in Zimbabwe.

He became the youngest player ever to represent Zimbabwe at the Cricket World Cup at age 16.

He married a therapist named Jackie.

He and Darren Gough are two of the very few Englishman to have won one hundred or more caps in ODI's.

Graeme Hick Is A Member Of