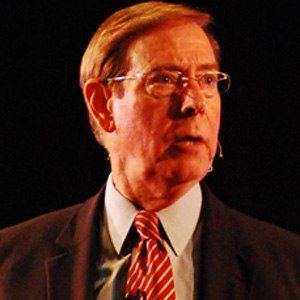 A Christian author and relationship counselor, he became famous for his bestselling Five Love Languages book series, which includes five titles published between 2004 and 2011.

He felt a calling to the ministry in his senior year of high school, and he eventually earned a Ph.D. from the Southwestern Baptist Theological Seminary. While serving as a pastor in Winston-Salem, North Carolina, he began counseling young couples on issues of marriage and family.

His popular books discuss the different modes through which people express love. He argues that there are different love "languages," including physical touch, gift-giving, and verbal expressions of affection.

He was born in China Grove, North Carolina to a gas station attendant father. With his wife Karolyn, Chapman had two children.

Joyce Meyer was another popular Christian author of self-help books.

Gary Chapman Is A Member Of