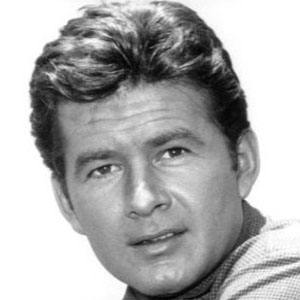 Television actor famous as the character of Steve Hill on NBC's The Virginian. Between 1962 and 1964, he appeared in over forty episodes of the western-themed series.

Early in his career, he appeared in a 1958 episode of the series Sky King.

He had a recurring role on the 1960s detective series Michael Shayne.

His marriages to Marilyn Knudsen and actress and vocalist Pat Woodell produced a total of one daughter and three sons.

Writing under the pseudonym of C.F. L'Amoreaux, he penned several episodes of Mel Brooks' NBC comedy Get Smart.

Gary Clarke Is A Member Of