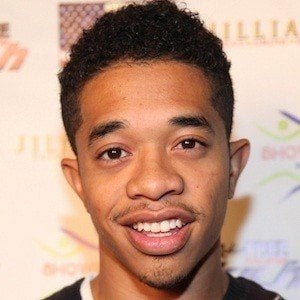 Nelson Tibideaux, son of Sondra on the final season of the Cosby Show, also voiced A.J. on The Fairly OddParents cartoon.

Around the same time he appeared on The Cosby Show in his breakout role, he had guest roles on The Fresh Prince of Bel Air and Living Single.

He signed on to the independent production of Noah's Arc: Jumping the Broom, a movie where he played a homosexual 19 year old named Brandon.

He was born in Yonkers, New York.

He also got to play a young Tiger Woods in Showtime's biopic of the great golfer in 1998.

Gary Leroi Gray Is A Member Of

Bring It On: All or Nothing
35 Year Olds
TV Actors
First Name Gary