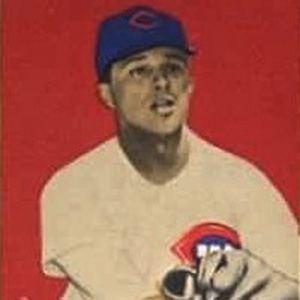 Spent 12 seasons in the major leagues as an infielder, earning a spot on the MLB All-Star team with the Cincinnati Reds in 1952. He served as manager of the Houston Astros from 1966 to 1968.

He was a standout player with the University of Texas in the early 1940s, and enlisted in the Army Air Force, spending three years at Greensboro teaching physical training.

He was born in Beaumont, Texas.

Grady Hatton Is A Member Of