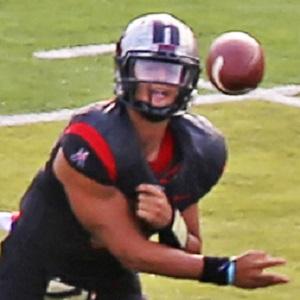 Quarterback who was a star for the Rutgers Scarlet Knights from 2011 to 2014. With the team, he played in bowl games like the 2011 Pinstripe Bowl and 2014 Quick Lane Bowl.

He set the Rutgers record for career touchdown passes in 2014.

His father is George Nova.

He and NFL quarterback Tom Savage are both former starters at Rutgers University.

Gary Nova Is A Member Of