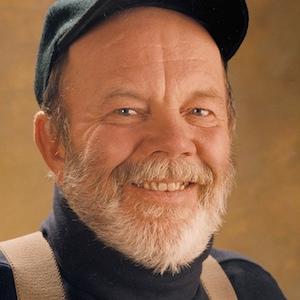 Author of over 400 wilderness-themed short stories, books, plays, and magazine articles intended for teens and young adults. His best known works include Hatchet, Dogsong, Woodsong, The Voyage of the Frog, and Masters of Disaster.

He ran away from home and joined a carnival at age fourteen. His childhood was marked by trauma, some of which he details in his 1993 work, Eastern Sun, Winter Moon: An Autobiographical Odyssey.

He was the recipient of multiple literary honors, including the 1997 Margaret Edwards Award.

Paulsen's father was an Army officer on General Patton's staff during World War II, and he was raised primarily by his mother, grandmother, and aunts. He married Ruth Wright Paulsen and fathered three children: Lance, Lynn, and James.

He was a keynote speaker at an annual writing conference named after the renowned author, Sinclair Lewis.

Gary Paulsen Is A Member Of