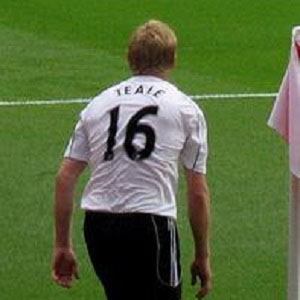 Winger who made his senior career debut in 1996 for Clydebank, and has played for multiple teams.

He played his youth soccer at the Clydebank Boys Club, and was a member of the Scotland U21 team.

He joined St. Mirren in 2011 so that he could bring his family back to Scotland.

In the EURO 2008 competition, he helped lead Scotland to a win over a talented France team led by Thierry Henry.

Gary Teale Is A Member Of