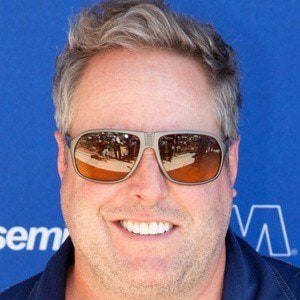 The brother of Kevin James, he is best known for playing Danny Heffernan on The King of Queens. Throughout his acting career, he has made over 20 appearances in different films and television sitcoms.

He had his comedic breakout after performing at the Montreal Comedy Festival.

He also appeared in his brother's films Here Comes the Boom, I Now Pronounce You Chuck & Larry, and Paul Blart: Mall Cop. He also appeared in six episodes of the TV series Fargo (season 1). Along with acting, he is known in the entertainment industry for his work as a writer and producer.

He married Jackyline Knipfink. He has a sister named Leslie Knipfing.

He appeared alongside his brother and Leah Remini on The King of Queens.

Gary Valentine Is A Member Of