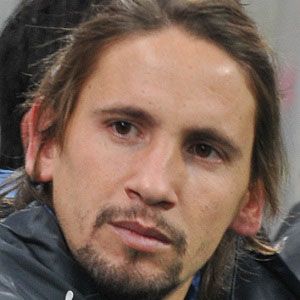 Attacking midfielder who joined Southampton in 2012 after spending two years with Bologna. He became a member of the Uruguayan national team in 2010.

He began his professional career with Penarol in 2008 after spending three years in the team's youth system.

On the international side he played in the FIFA U-20 World Cup, and in 2012 was selected to the London Olympics squad, scoring twice in competition.

He was born in Fray Bentos, Uruguay.

Decades before him, fans of Uruguay watched José Nasazzi lead their national team to victory at the 1930 World Cup.

Gastón Ramírez Is A Member Of