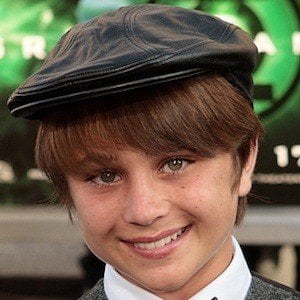 Actor who became known to audiences for his roles in Changeling and Uncorked. He's also had recurring roles on TV series such as Supernatural and Criminal Minds.

He made his first on-screen appearance at age four in the 2002 film Reckoning.

He is also known for his roles in the 2009 films Couples Retreat and The New Daughter.

He has three younger brothers named Callder, Garrison, and Arrden.

He played the young version of Ryan Reynolds ' character in the 2011 film Green Lantern.

Gattlin Griffith Is A Member Of