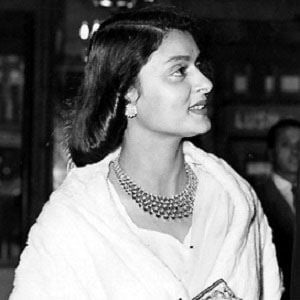 Renowned for her beauty and social graces, the young Devi excelled in equestrian sports and was educated at a London preparatory school.

She was awarded a Guinness World Record for receiving over 190,000 of the approximately 245,000 votes cast by her constituents in the 1962 Indian parliamentary election.

Her marriage to Sawai Man Singh II resulted in a son named Prince Jagat Singh. One of her stepsons, Sawai Bhawani Singh, became Maharaja of Jaipur.

She and Uthradom Varma were both twentieth-century members of Indian royalty.

Gayatri Devi Is A Member Of