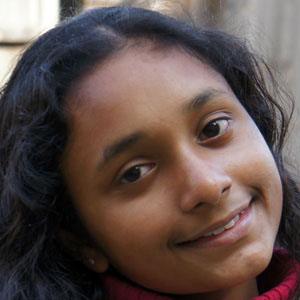 Child prodigy pianist who made news after being accepted into the prestigious Purcell School for Young Musicians. She has performed at some of the world's most famous venues, including Royal Albert Hall in London.

She was educated at St. Anthony's Catholic School and studied under the tutelage of pianists like Evelina Puzaite.

She gained a large Christian following after her rendition of "Mary, Did You Know?" became popular on various Christian websites.

Her parents believe that her excellent math skills have contributed to her musical talent.

She worked as a model alongside "Wizards of Waverly Place" actress Selena Gomez for the launch of the show's clothing line.

Gayatri Nair Is A Member Of