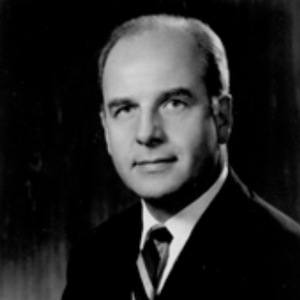 Politician and Democrat who was a Wisconsin Senator from 1963 to 1981. He was notably the driving force behind the founding of Earth Day.

He was inspired by the late-1960s anti-Vietnam War sit-ins, leading him to the idea of forming a grassroots protest over environmental policy.

He was a vocal proponent of environmental consciousness from the 1960s, when he used the tax revenue from cigarettes to buy up public land, to the 2000s, when he criticized President George W. Bush on his environmental policy.

He had children named Tia, Gaylord, and Jeffrey with Carrie Lee Dotson, whom he married in 1947.

He and Rachel Carson, the author of the highly influential book "Silent Spring," were two of the biggest environmental supporters in the 1960s.

Gaylord Nelson Is A Member Of