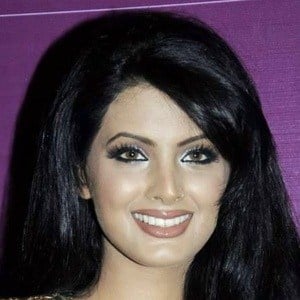 Indian actress who has found fame with her roles in Bollywood films like 2006's Dil Diya Hai and 2015's Second Hand Husband.

She received her acting training at the Kishore Namit Kapoor Acting Institute.

She married cricketer Harbhajan Singh in 2015. Her daughter Hinaya was born in 2016.

She co-starred with Gippy Grewal in the 2016 thriller Lock.

Geeta Basra Is A Member Of