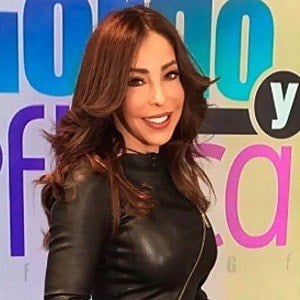 Dominican television show host and producer who rose to fame as a correspondent for Univision's El Gordo y la Flaca. This exposure led to her garnering a massive social media presence with over 800,000 followers on her gelenasolanotv Instagram account.

Her career in broadcast began at the radio stations Noticias 1380 AM and Latino Mix 105.9FM.

She was the recipient of Premios Estrellas de la Musica's Reporter of the Year award.

During her career she has had the opportunity to interview a number of celebrities including Jennifer Lopez and Salma Hayek.

Gelena Solano Is A Member Of